One of my primary reasons for visiting the Townships last month was to attend a good friend's wedding party. They got married in early July, but didn't have the reception until later for logistical reasons. At any rate, it was incredibly fun, and I got to see a lot of people I hadn't seen in ages.

As has apparently become a tradition for me, I made them double-knit pot holders. She is a big Buffy the Vampire Slayer fan and he's really into video games, so for one pot holder, I used the chart from this scarf pattern to make a Buffy B, and for the other, I decided to make my own chart for the demon from Zero Punctuation, a hilarious video game review site that I know he enjoys. Both turned out as well as I could have hoped for. 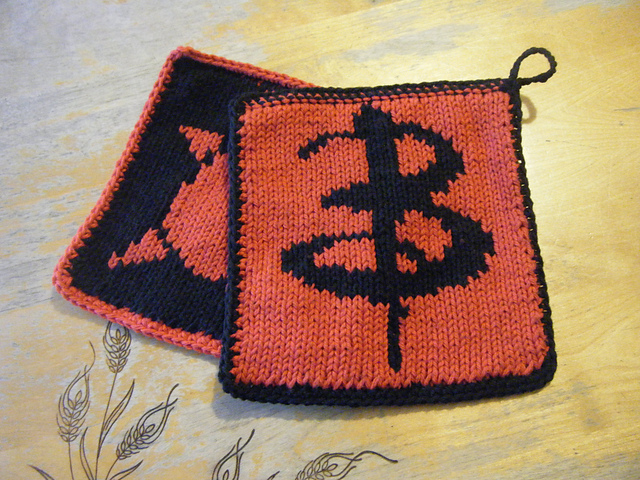 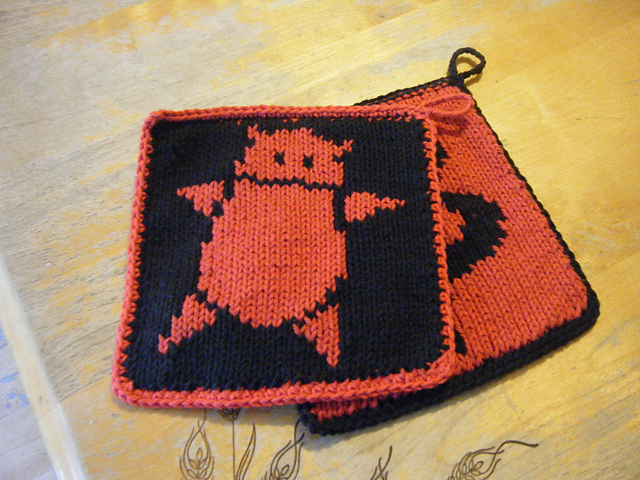 I have never seen any Zero Punctuation knitting patterns on the interwebs, and so, here is my ground-breaking foray into this neglected area of geeky crafting. If you want to make your own double-knit ZP pot holders, follow the basic instructions for my Star Trek Pot holders, but instead of using the Star Trek chart, use this one: 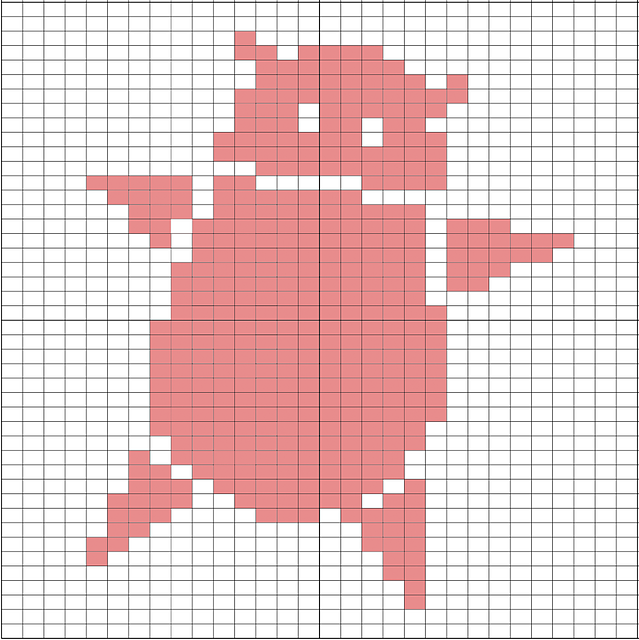