Pay-It-Forward Mario Mushroom Mitts (or 3 down, 1 to go)

My friend Ellie was one of the respondents for that Pay-It-Forward thing I was supposed to finish last year (ahem...), and because she's a nerdy grad student like me, I made her Mario Mushroom Mitts! 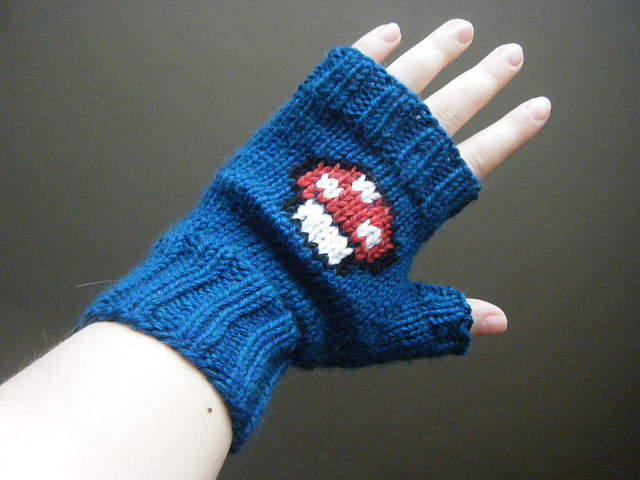 I use Vickie Howell's pattern as a guide, but I essentially made up most of it, making an actual thumb instead of the simple hole that's indicated in Vickie's instructions. This was done by increasing on each side of the middle stitches of the round every three rounds until it was large enough. I stuck to the duplicate stitch chart, however, and I'm quite happy with how it turned out. The yarn, by the way, is Knit Picks Swish DK in Marine Heather, and it's very lovely. 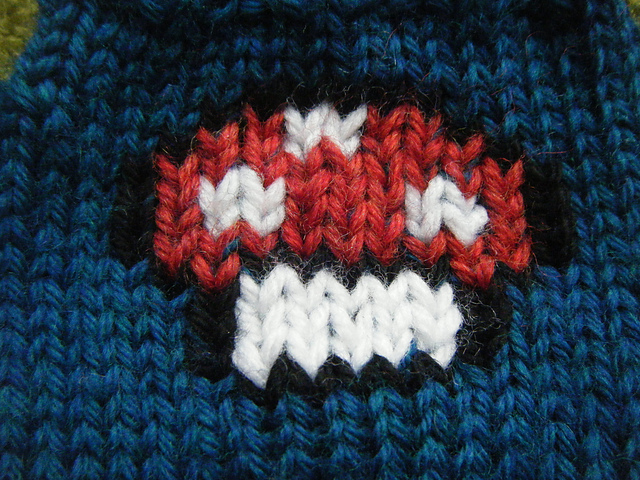 Now I just have one more Pay-It-Forward gift to finish... Don't worry Tas! It's coming!

Speaking of knitting for others, I seem to be doing an awful lot of it lately. I know you're supposed to do only selfish knitting in the new year, but somehow I just keep finding things to knit for other people. First off is this laptop case for the boyfriend: 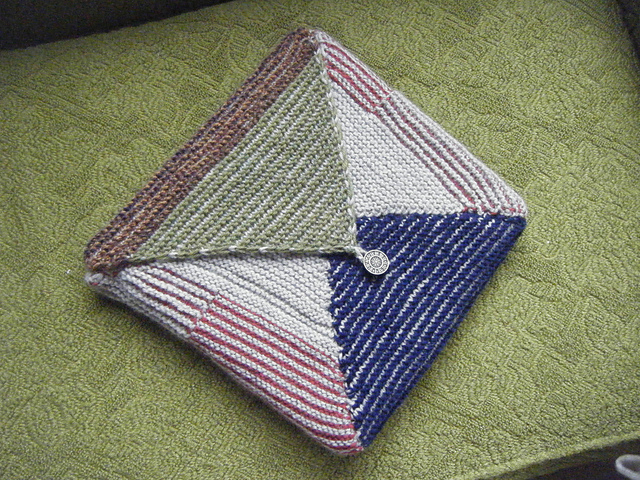 I used the Chuck Laptop Cover pattern by Luise Roberts, which is fairly clever in its construction. I used leftovers from my Dad's sweater, and a few other partial balls I had lying around. I let the boyfriend pick out a nice button from my collection, and he went with this really cool steampunk one: 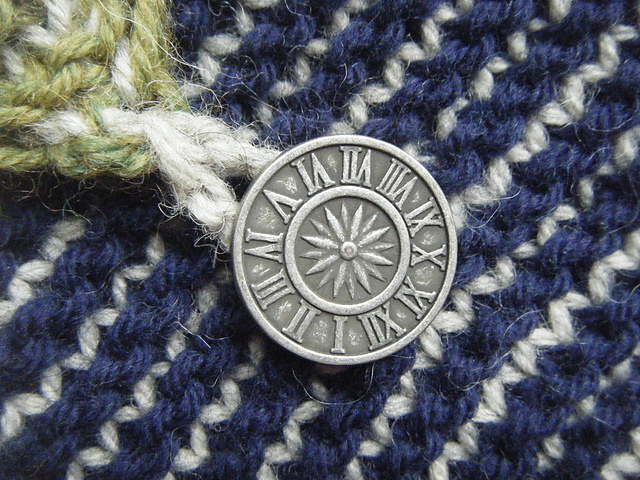 Next up, I knit up a hat for a friend of mine from Ottawa. I had knit him a really nice toque several years ago, but he'd lost it (it has since been found), and so requested a new one. Here he is, looking rather pleased with the product, I think: 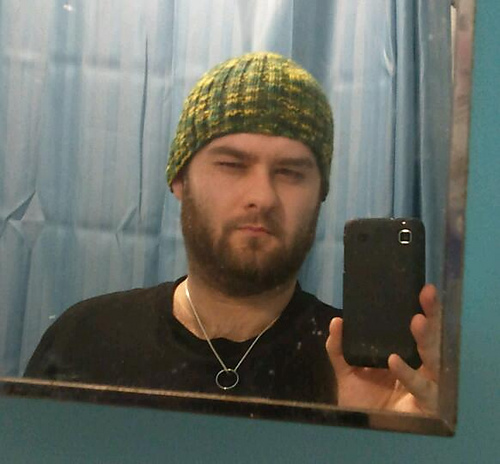 The pattern is the 2x2 Rib hat (with triangle on top) by Claire Nordlow. The yarn was Manos Del Uraguay Maxima (scroll to the bottom of the page), which is an absolutely lovely single-ply merino yarn. So squishy! It was a pretty simple and quick hat, and the triangle on top is quite neat. 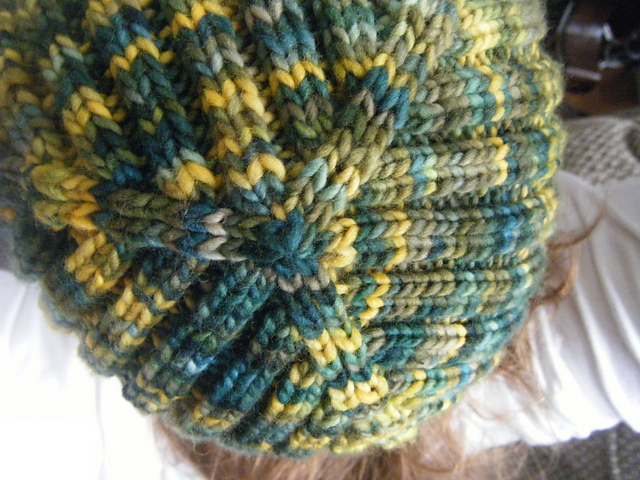 I had a bit of leftover yarn, and so I also made him some little fingerless mitts. The pattern is 75 Yard Malabrigo Fingerless Mitts by Jeanne Stevenson. I ran out before I got to the ribbing at the finger opening, so I used a mystery yarn of a similar weight from my stash to finish them off. I'm quite happy with the result. 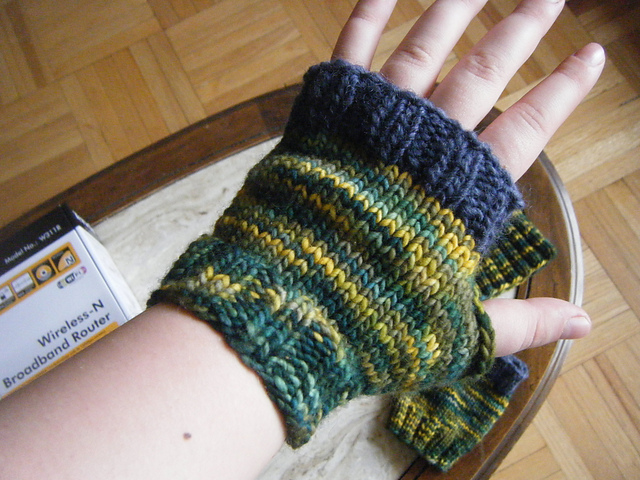 Still in the queue of knitting for others, besides the final Pay-It-Forward gift, is a wedding shrug for a friend and some awesome socks for the boyfriend... But stay tuned next time for a little bit of selfish knitting!