A bit of colour to cheer up the winter greys

As I mentioned before, we've been having an extremely mild winter in Toronto. I believe we've had more rain than snow, and I've only had to wear my winter jacket 2 or 3 days. Despite this, the grass is brown, the sky is grey, the leaves are missing from the trees, and everything is this a depressing mishmash of neutral tones. This might explain why lately I've been knitting a ton of really colourful projects for myself. 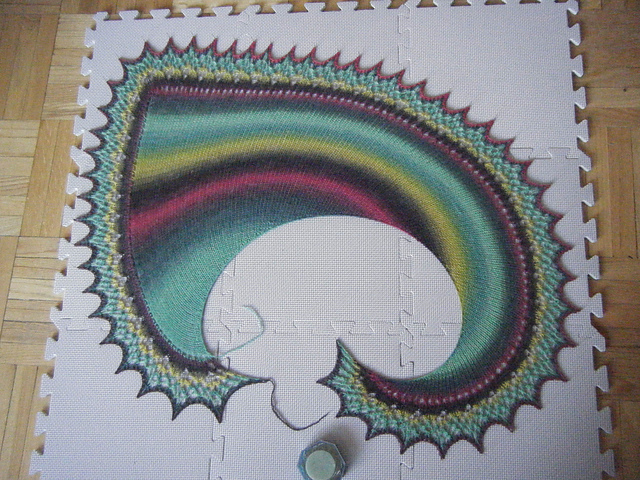 The most recent of these is my Lazy Katy Shawl , designed by Birgit Freyer, and knit in Knit Picks Chroma sock yarn in the Mix Tape colourway (unfortunately discontinued). Above you can see it blocking, and also what attracted me to the pattern. That asymmetrical swirl is just so cool and intriguing. It was actually a fairly simple pattern and went by surprisingly quickly. Even the lace edging wasn't too difficult. And just to show the magic of blocking here are some before and after pictures: 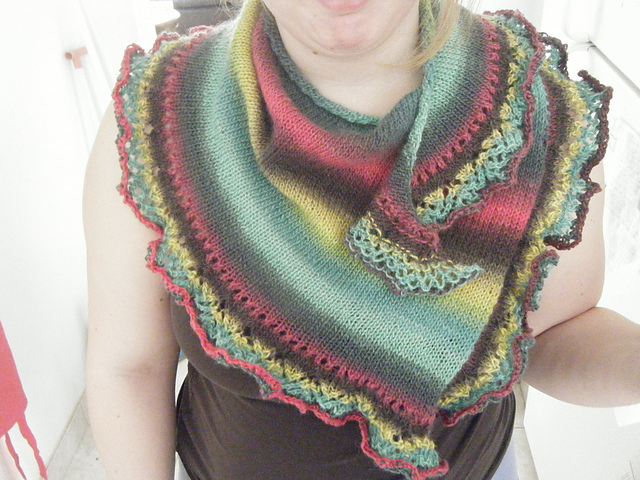 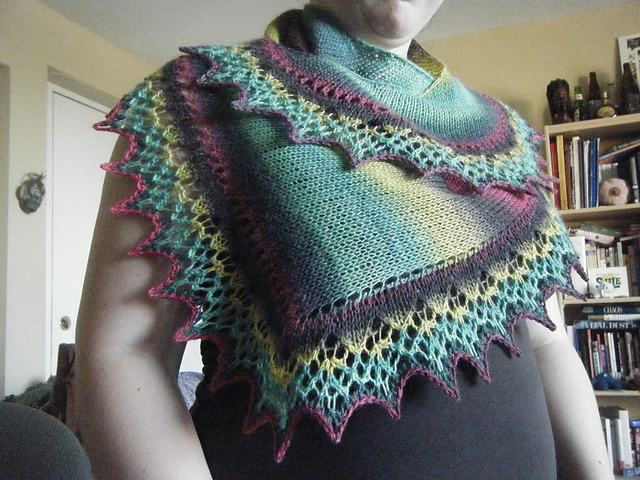 Next up is what I've been calling my ridiculously striped hat. I used some Bernat Roving that I got at the Stitch 'n Pitch this summer, and the leftover Bernat Softee Chunky that I had used for Slurpee the Brain Slug. The colour combination was inspired by my friend Lynn's Sweet Pullover. I didn't really follow a pattern, just cast on an even number of stitches (I can't even remember how many), worked in brioche stitch for a while (see my tutorial on the Happy Seamstress) and sort of made up the decreases. It's a little too big, but it's squishy and colourful, so it makes me happy. 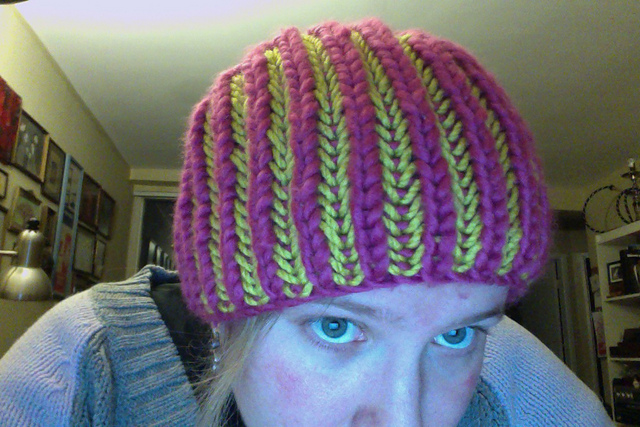 I started this next project over the X-mas holidays with the intention of wearing it to Austin when I went down for the American Astronomical Society meeting. I only ended up finishing it when I was already there, but I was still able to wear it a couple of times. I'm speaking of the popular Lanesplitter by Tina Whitmore. It's a deceptively simple pattern, essentially just a big rectangle knit on the bias. I made mine in Knit Picks Shine Sport in Marmalade and Noro Silk Garden Sock, both received as gift yarns. The Shine might have been a bad decision, since it's a cotton yarn and has already stretched a bit, but I like it anyway. The boyfriend kindly took a picture of it for me while I was leaning over: 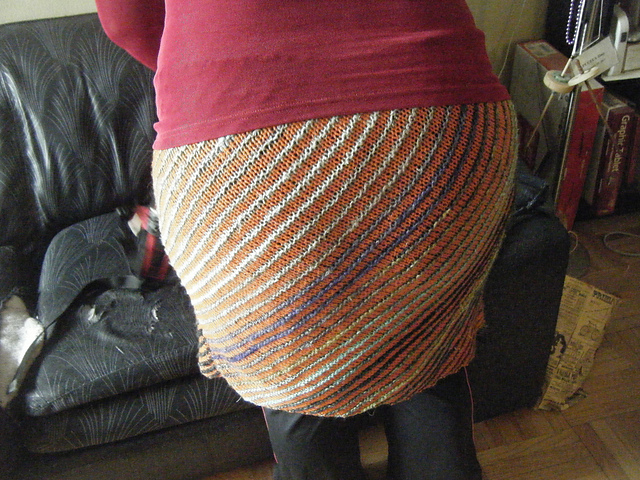 I wanted to knit the Snowball's Chance in Hell by Renée Rigdon and Zabet Stewart since before I knew how to knit. These armwarmers are really great to wear under a shorter sleeved sweater like my Buttony. I used Knit Picks Stroll Sport and a little bit of leftover Knit Picks Swish DK from Octie. 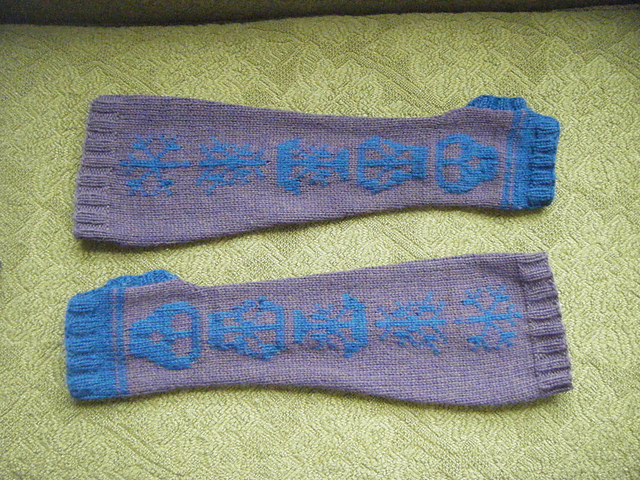 Last, but not least, I finally knit something out of Debbie Stoller's SuperStar Knitting, which I reviewed over a year ago. I made the Colourful Cable Hat by Sally Wilcox. I absolutely love this style of knitting, with the cables in a different colour than the background, but if I were to do it again, I'd knit my floats a LOT looser. This hat is fairly tight on me, even after some severe blocking. I might knit a bit of ribbing at the bottom just so it covers my ears properly. The yarn is Diamond Luxury Collection Mulberry & Silk in Olive and Royal Purple, which I highly recommend to anyone wanting to use a super soft, squishy, shiny and beautifully coloured yarn. 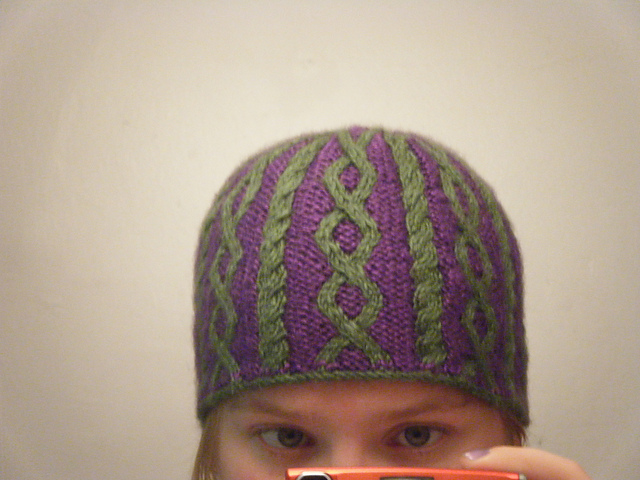