Why I'm a bad blogger: catching up on last year's X-mas Knitting

Yes. I'm terrible at writing blog posts about my knitting in a timely manner. We all know that. Now, as I'm in the throes of my 2014 X-mas knitting, let's take a look at what hand-made goodies I made for my family last year! 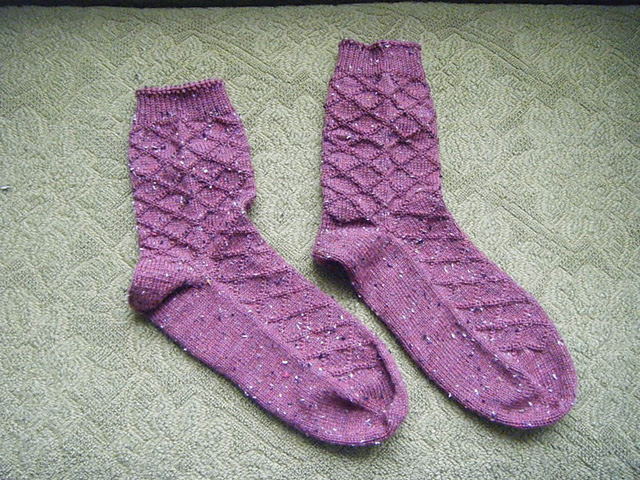 X-mas 2013 was all about the socks. My dad was the lucky recipient of the Guitar Man Socks, a lovely pattern designed by Rebecca Mercier. They were an easy, almost-mindless knit, but with enough complexity in the pattern to prevent it from getting boring. The yarn I used was Knit Picks Stroll Tweed in the colourway Autumn Heather. Let me say it now: if you haven't yet knit with this yarn, it's an absolute must. It's lovely and soft and the little flecks are so pretty! Highly recommended. 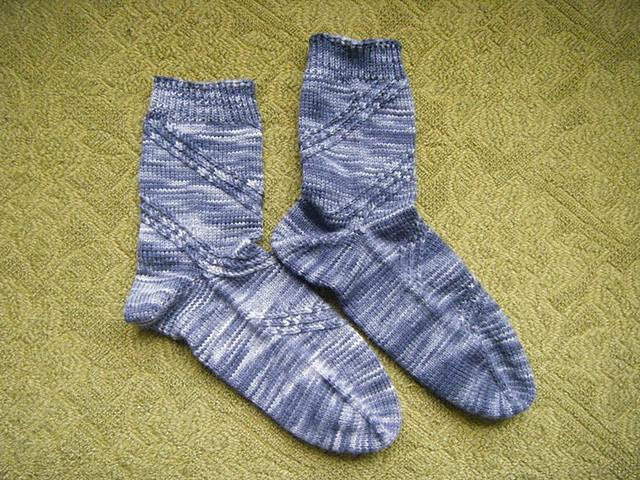 For my little brother, I knit the Vihtory socks by Heli Heikkilä, also a very lovely pattern. One word of warning, if you're a fan of the two-at-a-time magic loop technique for socks: after knitting the foot of the sock, where the cables are only on the top of the foot, and turning the heel, the cables go all the way around, which is impossible to work two at a time. I switched to knitting the socks separately at this point. The yarn used is Diamond Luxury Collection Soxy (unfortunately discontinued) in the aptly named Charcoal Space Dyed colourway. I picked up this yarn during my trip to Victoria, BC several years ago where I visited the Beehive Wool Shop. 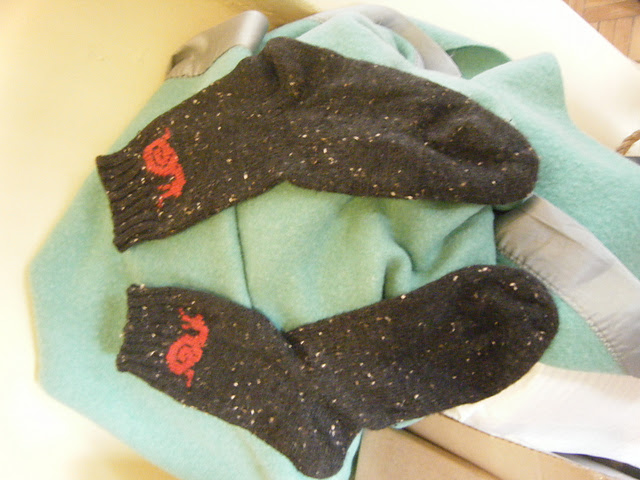 I'll admit to having gone a little insane with all the sock knitting last X-mas, especially since the men in my life have such large feet. The largest-footed of all is the boyfriend, whose shoe size comes in at a whopping 12 men's. I'll also admit that these socks didn't actually get finished until mid-February. They were, however, meant as an X-mas gift, so I'm still counting them. They are just plain stockinette socks with the snail added on with duplicate stitch, using this chart. I again used Stroll Tweed in the Wellies Heather colourway, which made the knitting bearable. And they were a huge success! The boyfriend has declared these his favourite socks. I call that a win.

Now, I had also knit socks for my friend Ed using the Lucky Stripes pattern by Tofutrulla, an interesting striped sock pattern which gets you to roll a die to determine how many rows of each colour to knit between colour changes. I did not, however, get pictures of them, since I was knitting the last few rows and binding off moments before they were gifted. 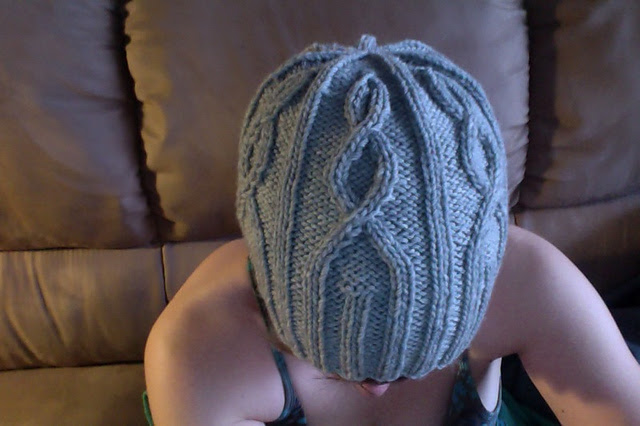 The final bit of X-mas knitting was not socks, but instead a hat for my cousin. I used the Declan's Hat pattern by Samantha Kirby, which was absolutely lovely. It starts off easily, and just as that ribbing starts to get boring, the crown is all fun and cabley. I've knit this pattern for myself since. The yarn is good old Cascade 220 in Light Grey which I had left over from another project.

At this very moment, a team of astronomers is braving the Antarctic summer weather (which is just as bad, if not worse, as winter here in Toronto) for SCIENCE! The experiment called SPIDER (which I mentioned in a previous post) is a balloon-borne telescope designed to measure the polarization of the Cosmic Microwave Background (CMB), the light left over from the Big Bang. It will be launched later this month to commence a 20-day journey around the Antarctic continent in order to collect light from the CMB and to try to look for the pattern of ripples in space-time produced from the Big Bang itself.

Photo courtesy Jon Gudmundsson
Among these intrepid scientists are a few of my colleagues from the University of Toronto. My friend Jamil is taking some gorgeous photos of SPIDER's assembly, as well as of the breathtaking Antarctic landscape. He was also interviewed on the CBC's Metro Morning and gave a wonderful explanation of what the project is all about. It's well worth a listen.

Finally, if you want to learn more about this really cool project, you should check out the SPIDER blog, set up by the Princeton contingent of the team. There you'll see how the telescope is being assembled, and get a unique snapshot into the lives of people currently living in Antarctica.