Gosh I've knit a lot of things for babies over the years! I count 26 projects recorded on Ravelry, and I think there are probably a few that I never got around to recording on there. My favourite baby projects are always the cute little stuffies. There's just something magical about putting together a little creature and watching it come to life with its own unique personality. Some old favourites are the oh-so-clever duck-bunny, my grandmother's puppy, and Octie the Octopus (get the pattern here!).

My most recent creation was for my little one-year-old niece from Switzerland. For her first half-birthday, I had given her what the boyfriend affectionately calls the "Pants Monster", but would more accurately be called Kevin the Unibody Monster from the Monster Mobile pattern by Rebecca Danger from her book Knit a Monster Nursery. Here's what the original version I gave her looked like (or at least very similar to that, since that's a version I made for another baby): 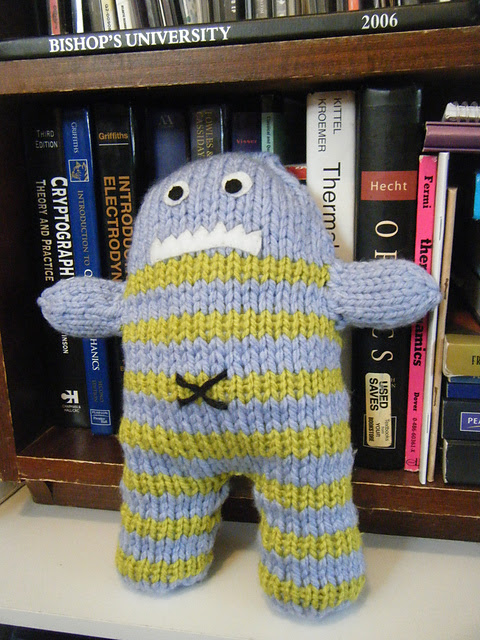 He looks a little caught off-guard here, but what he's really doing is admiring my collection of physics, math, and astronomy books. He's quite an intelligent little fellow! 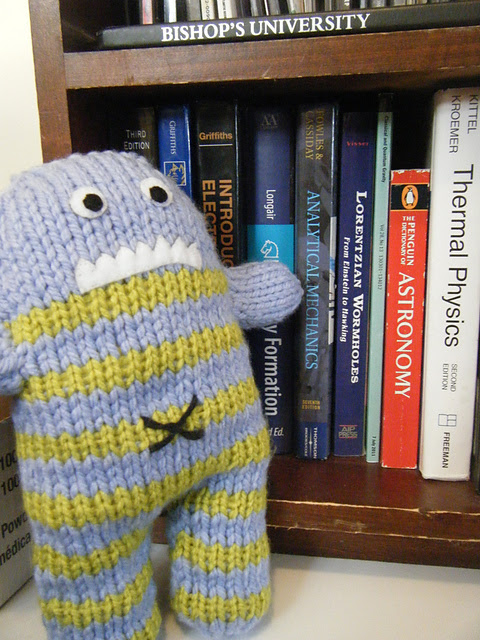 His personality, however, has more than one facet! He's also quite computer savvy: 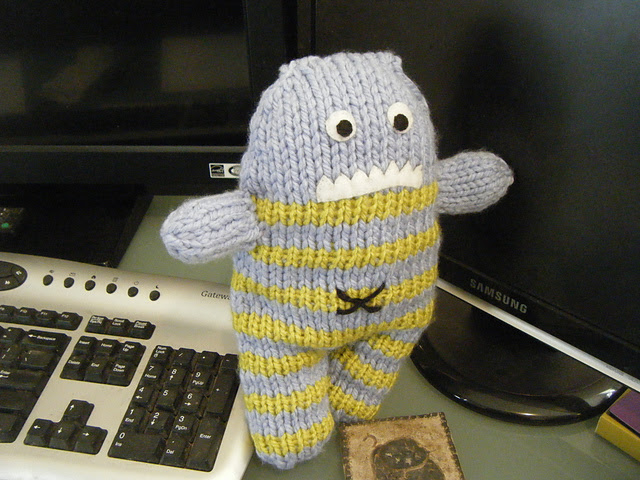 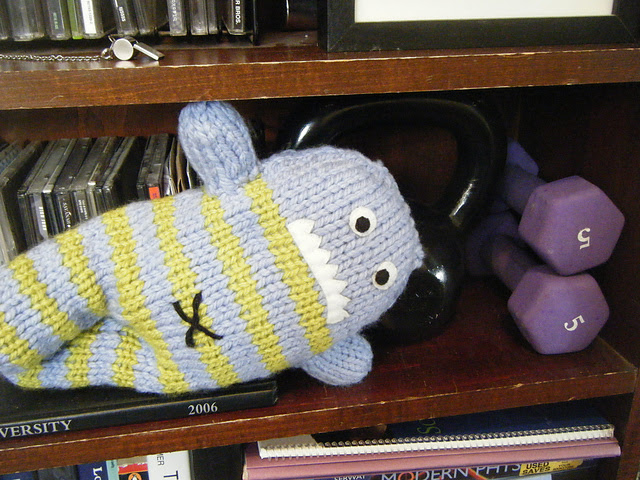 But also sensitive, and sad about how cold it is outside... 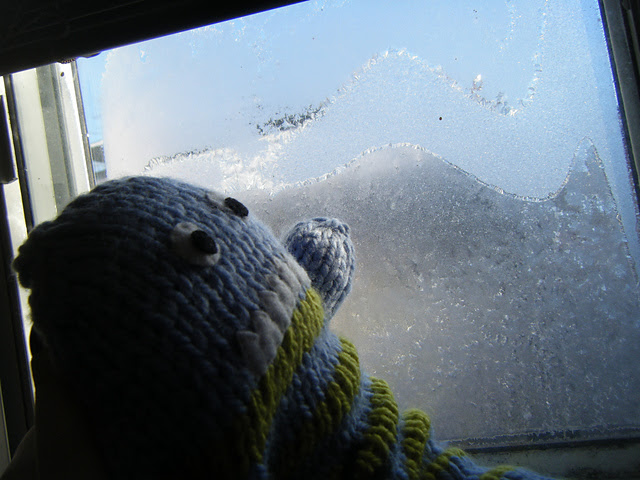 Pants Monster #2 was knit in Bernat Softee Chunky Solid, hence the much larger size. The face was made from felt and sewed on with sewing thread. I'm really really really happy with how he turned out, and I'll admit that it was a bit of a challenge saying goodbye! Fortunately, my niece loved him, which makes his departure a little easier.
Posted by Unknown on 2/21/2015 05:34:00 AM 0 comments