Merry Brumalia eve to everyone! I had awesome plans to upload the pictures off my camera, and post some in an incredible blog entry, but then I forgot my camera cable in Toronto. Hahaha! Funny joke!

Anyway, as you might have surmised, I'm in the Townships right now. On the way over, I spent a couple of days in Montreal. Among other things (such as hugging the beer fridge in a dépanneur), my friend Stevie and I went to the Waterhouse exhibit at the Musée des Beaux Arts. Besides some sub-par lighting, the exhibit was fantastic.

The most famous painting of Waterhouse's is the Lady of Shallot, which is absolutely gorgeous, as you can see above. There's a good video on this site (and lots of other nice stuff), so I won't say much more about the symbolism and whatnot. I wouldn’t be surprised if a number of artists studied this during their MFA degree program. One thing I did notice though is that all of the models in Waterhouse's paintings (who are all beautiful with soft features and perky boobs) have very strong chins. I'm not sure why I noticed that... but it's an interesting ideal of womanly perfection for the chin to be very long...

It looks like I'm going to do some shopping with the mom man, so I'll have to leave it at that. Pictures of Christmas knitting will have to wait until after I get back to the city.
Posted by Unknown on 12/24/2009 09:50:00 AM 0 comments

Again, I'm sorry for the intermittent posting. It turns out that the end of term is kind of busy. Fortunately, my scholastic responsibilities are now finished for the year (you know, except research, but that never ends) since the AST101 final exam was on Monday. That means I get to go home! I'll be heading to Montreal for a few days tomorrow and then I'm off to the Townships! WoooOoooOOoo!!

In the meantime, here's an update on what I've been doing with my drop spindle. I finished spinning all the samples I got in the kit from my spinning class. First was the tussah silk. It was pretty hard to spin because it's so slippery and so the yarn ended up being kind of uneven, but the end result is pretty shiny. 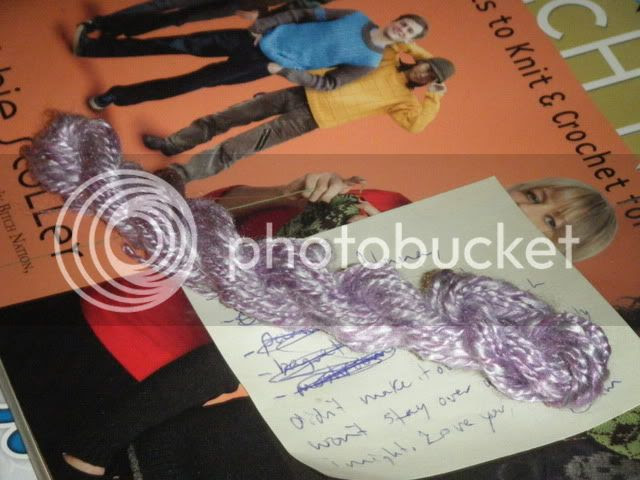 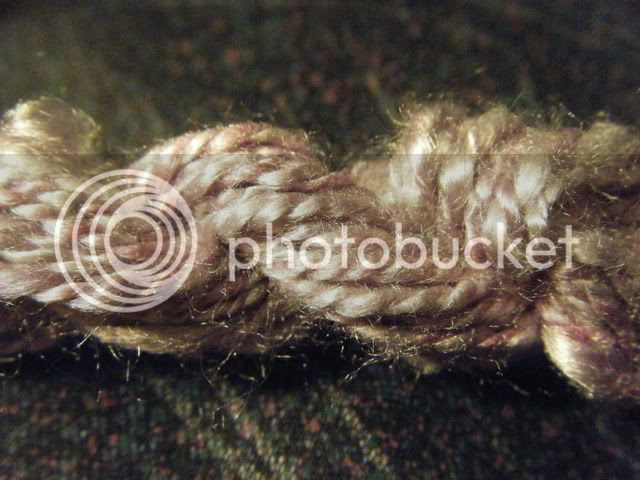 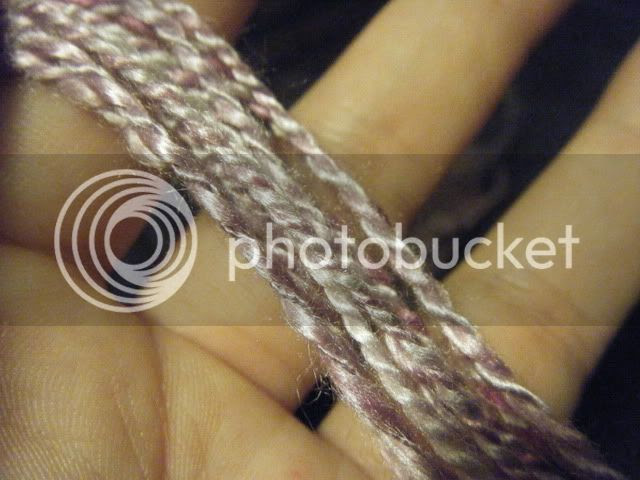 Then I spun up some superwash wool in lots of colours. It was actually really fun to spin. It sticks to itself quite well so it was easy to get an even strand going. 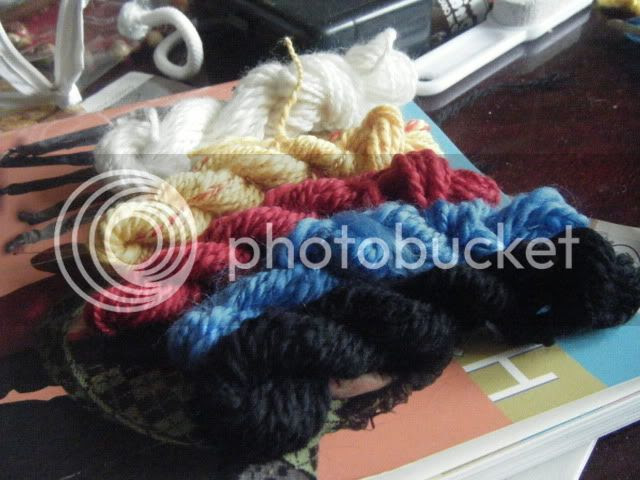 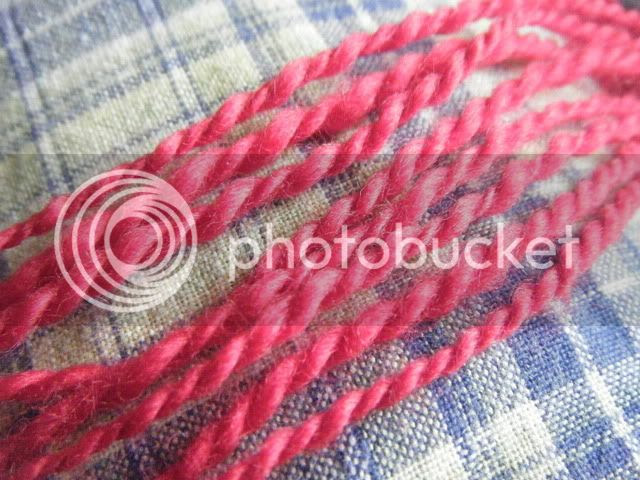 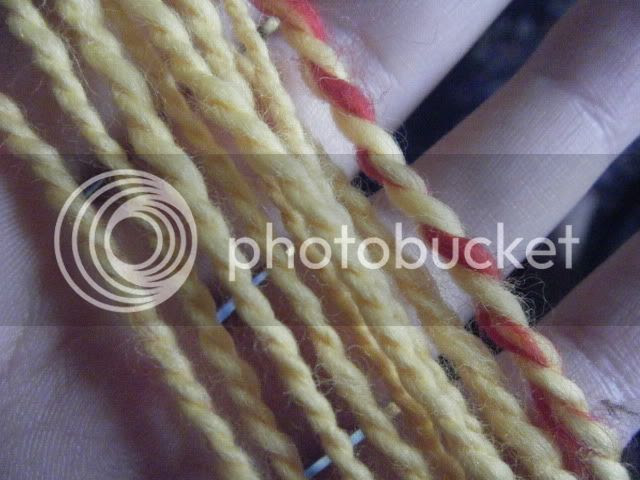 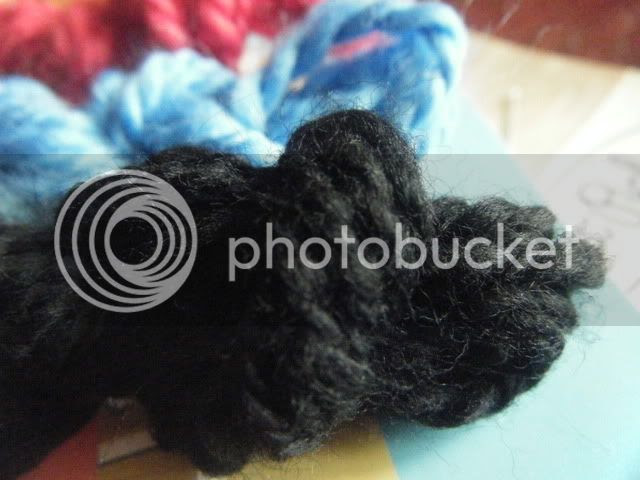 There was also an alpaca silk blend, but I forgot to get pictures of that. All I have left to spin up now are those little balls of fluff I got from the Creativ Festival. After that, I suppose I'll have to buy more roving. I'm not entirely sure what I'm going to do with the yarn I spun. I thought it would be cool to make a garter stitch scarf with a stripe for each of the samples, but that might be a bit boring to knit. It would be kind of cool though. Some of the yarn, like the very first skeins I spun, aren't really good enough to knit up, so I'll probably just keep them as they are.

In other news, I've just about finished my Christmas knitting. It pays to start early! That means I'll be able to start knitting something for myself soon! Oh boy oh boy! I think it's about time for a new sweater...
Posted by Unknown on 12/16/2009 09:42:00 AM 3 comments

I believe I can say with certainty that I LOVE knitting lace. I mean, I haven't done all that much of it... there was that lacy hat, then my first knitted sweater, and of course the Cloud bolero, but I had never done any of that crazy intricate lace with thin yarns. Well, I guess that changed recently! I just finished my first lace shawl, using the Gail (aka Nightsong) pattern (unfortunately, only on Ravelry).

It's a fantastic design... it looks super intricate and complicated, but the pattern is fairly easy to memorize because it's very logical. I worked on it sporadically since the middle of October, and I'm really happy with the result. I used this lovely sock yarn that I picked up at Romni wools back in March. I suppose the progress of the project is best expressed in pictures:

It started as a nice ball of yarn. 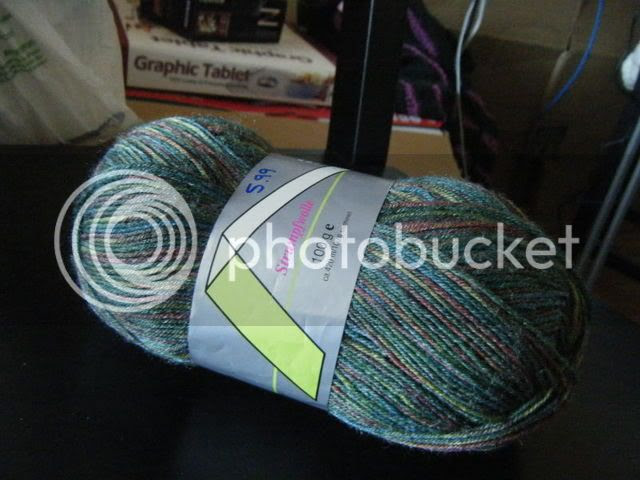 Then it looked vaguely like crumpled (though very pretty) cheesecloth on my needles: 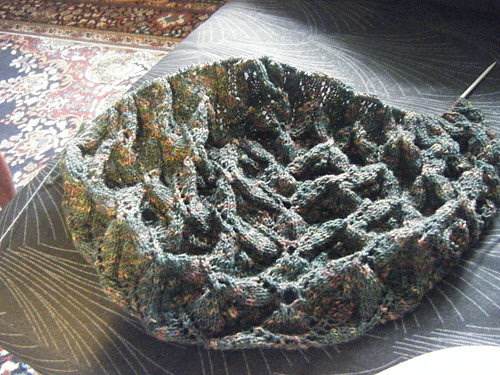 Off the needles it didn't look so hot... I even ran out of yarn four rows from the end, so I used some black sock yarn I had left over from another project. 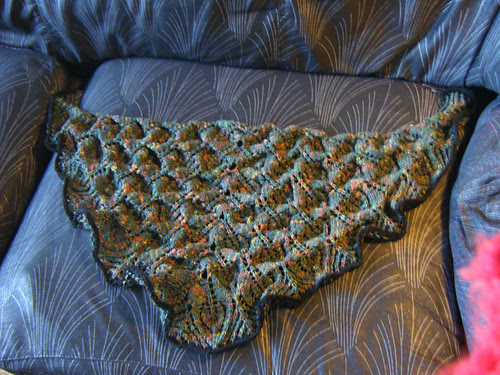 However... with a little blocking 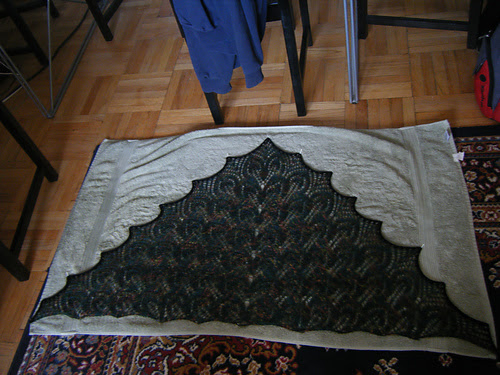 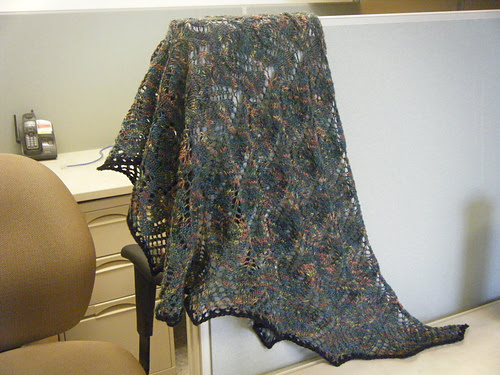 Blocking really is magical, and I didn't even have to leave it overnight for it to dry properly. If I had known it would work so well, in fact, I would have been more careful about the placement of the points. Yay! I'm officially addicted to lace knitting...

Speaking of which, I think I'll have to find an amazing pattern to knit up with this: 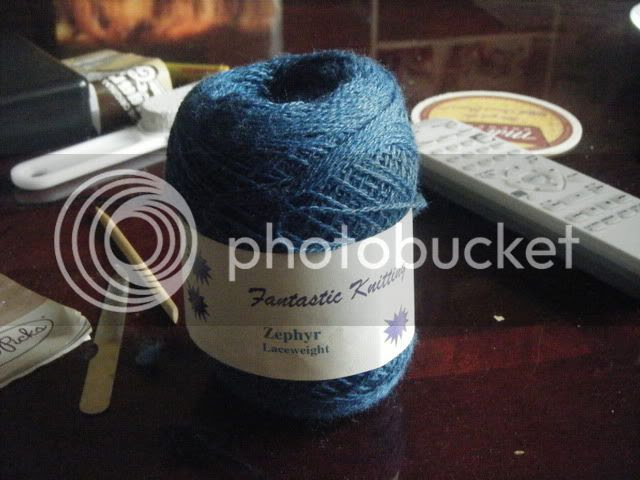