Carl Sagan once said, "If you wish to make an apple pie from scratch, you must first invent the Universe." I felt a little like I'd just invented the Universe with my most recently finished sweater. Two years in the making, the roving from which the yarn was made was dyed a couple of summers ago, the yarn was spun on a drop spindle over the course of those two years, and then the whole sweater was knit in less than a week.

In the beginning, there was the dying: 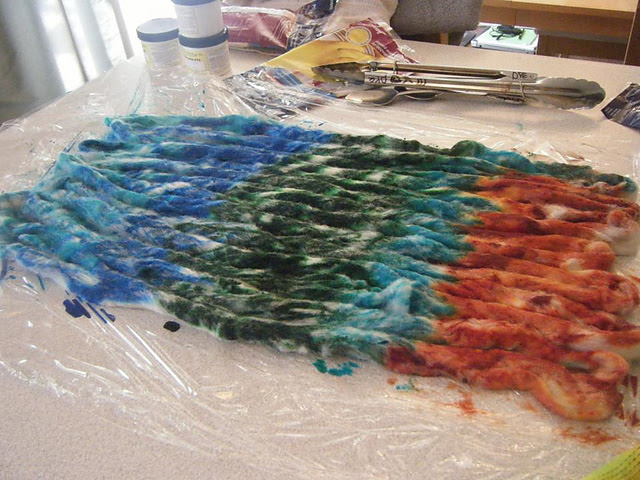 As I wrote in a previous blog post (unfortunately, all of the image links are broken), this roving was dyed with acid dies in the summer of 2012 during a very fun afternoon with Joanna. This is what the roving looked like after it was dry and all nicely braided up: 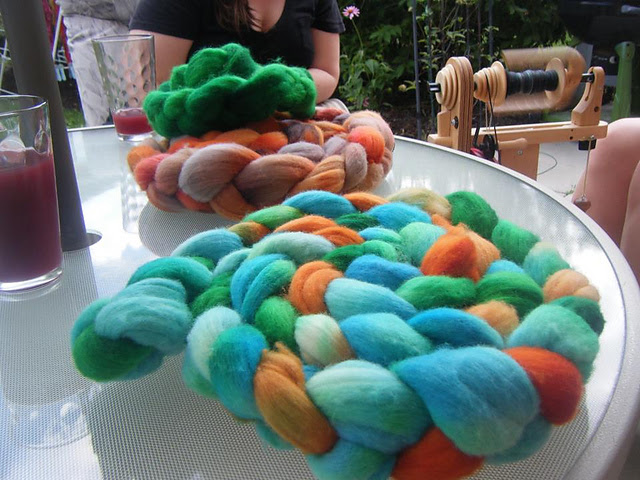 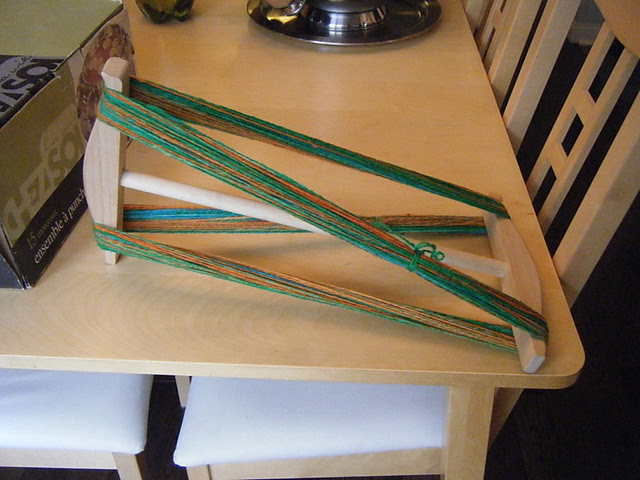 From how many times each skein wrapped around the niddy-noddy, I estimated that I spun approximately 588 yards of the stuff. Here it is drying after I washed all the yarn: 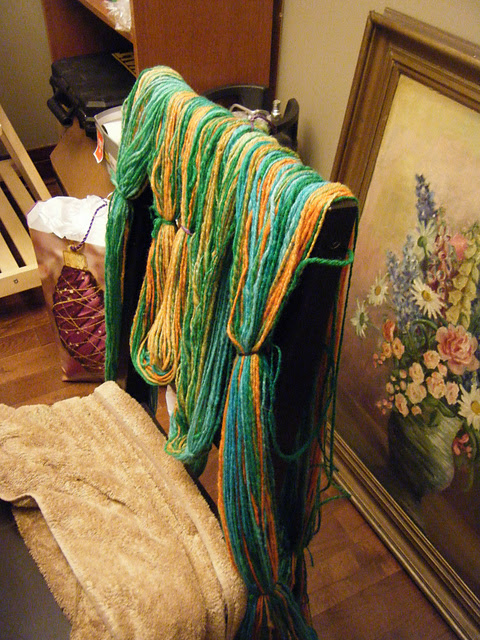 And finally, here's the sweater! 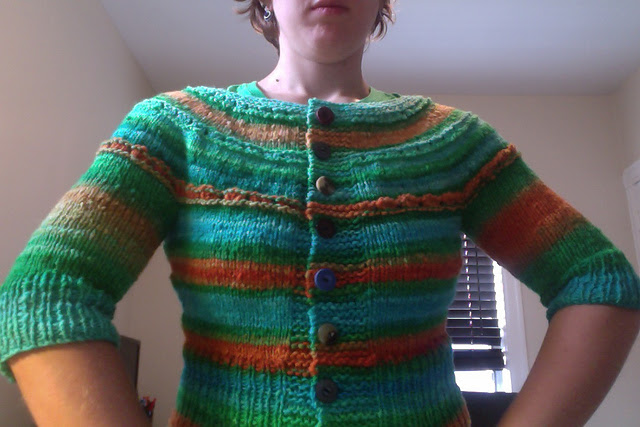 I loosely followed the Ruby Tuesday pattern by Ewa Durasiewicz, a round-yoke top-down design, but because I didn't get the same gauge with my handspun as called for in the pattern, I didn't do the third set of increases. Somehow, I managed to do the right calculations and end up with a sweater that fits me perfectly. The buttons don't match, but I kind of like it that way. Best part: I used up all the yarn!

As a first experience knitting with hand-spun yarn, I've gotta say, it's pretty amazing. The knitting experience felt so natural and organic, it was like nothing else. I would recommend it to anyone. I can hardly wait to finish spinning up my next batch of yarn to knit with!