An Afternoon at the Allen Gardens

I'm currently in the Townships visiting my parents, but I thought I'd write an entry about something that happened almost a month ago... During the last week of August, my mom and my friend Stevie came to visit. Mom's primary purpose was to visit her mother, but Stevie wanted to do some touristy things. He suggested we go to the Allen Gardens, which, to be frank, I had never heard of before. My mom told me that she used to go there as a kid with her parents in the middle of February to escape into a tropical paradise for a few moments. It's totally free to go, and has been around since 1858. 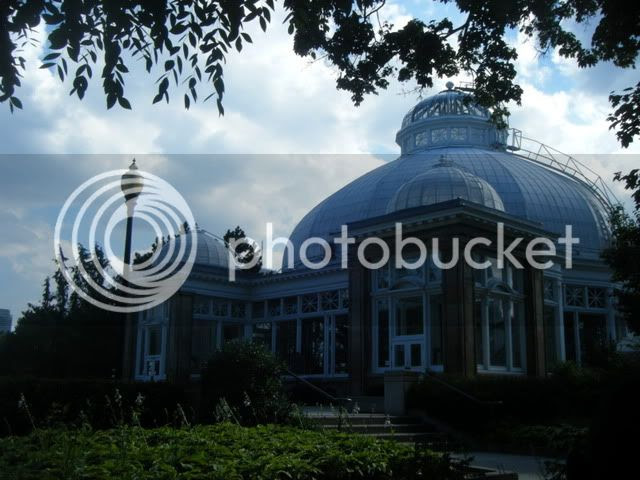 At the centre of the park is the Palm House, a structure built in 1909 which houses a variety of tropical plants. My favourite was the cactus room. 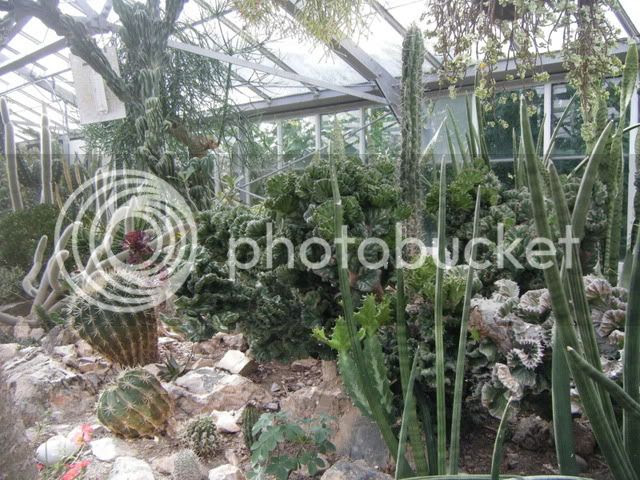 Here are a few of the better pictures I took: 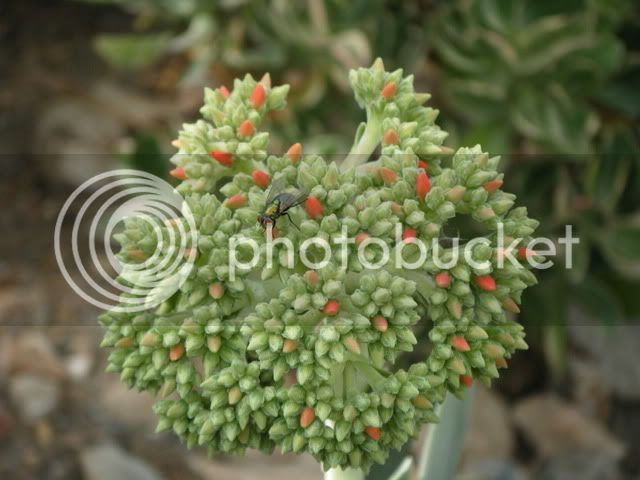 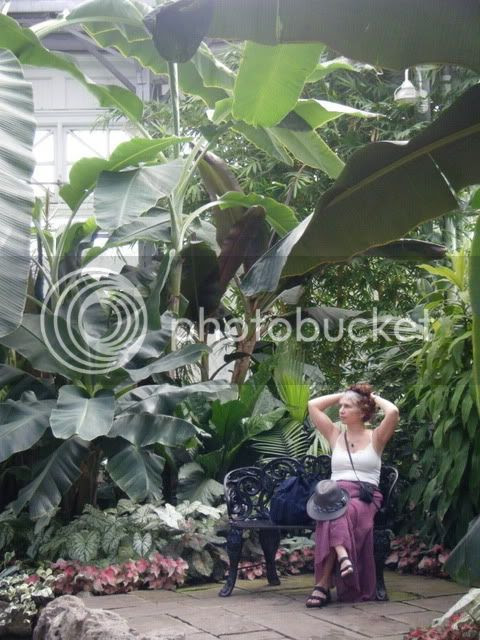 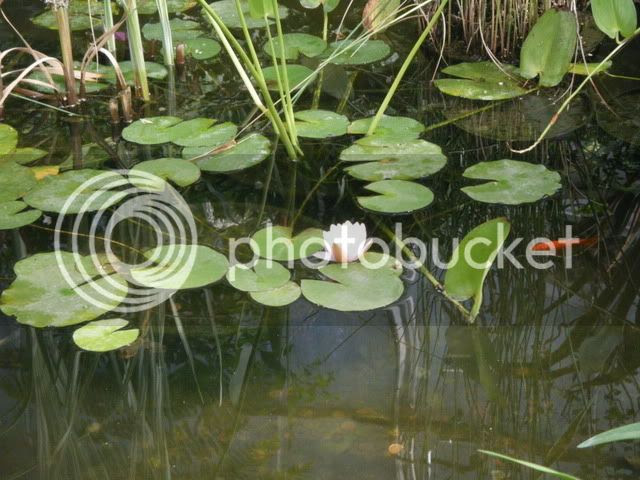 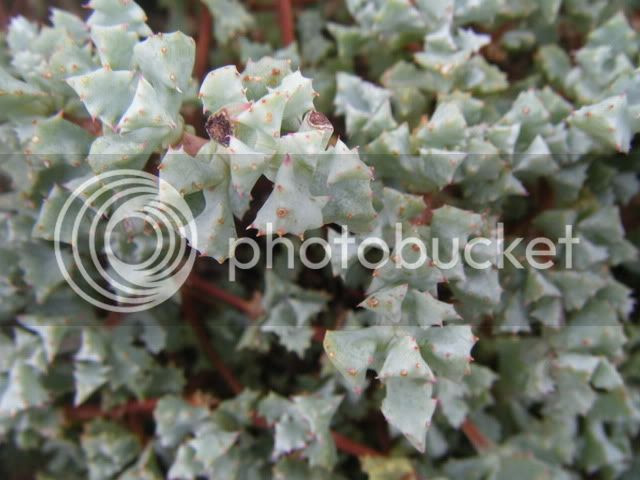 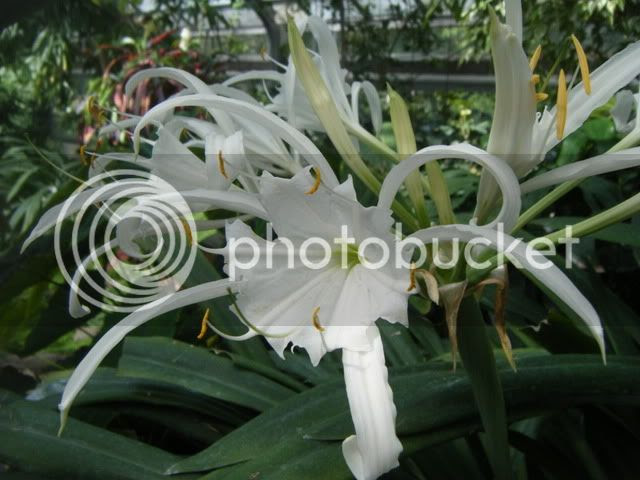 Today is Elizabeth Zimmermann's 100th birthday. Considering she was more or less the godmother of modern knitting, I feel I should do something special to commemorate this occasion. Like write a blog post... that's special, right?

Anyway, I feel like I started to follow a lot of EZ's philosophies before I even knew who she was. Ever since I started knitting, I've always preferred working with circular needles even when knitting back and forth, just because of their portability and ease of use, and Continental Knitting has always seemed more natural to me, probably because of my crochet background. I also like to think that I'm a fearless knitter... my first real project was an illusion scarf for the boyfriend with two-colour stripes, a charted image and a 3-needle bind-off (though kitchener stitch would have worked better, in hindsight).

The first book of hers I owned, I only got this year. It's The Opinionated Knitter, a collection of her Wool Gathering newsletters with a lot of her most famous patterns, including the baby surprise jacket (which I knit earlier this summer), the Tomten jacket, and her famous EPS (Elizabeth Percentage System), which allows you to knit a sweater to any gauge. 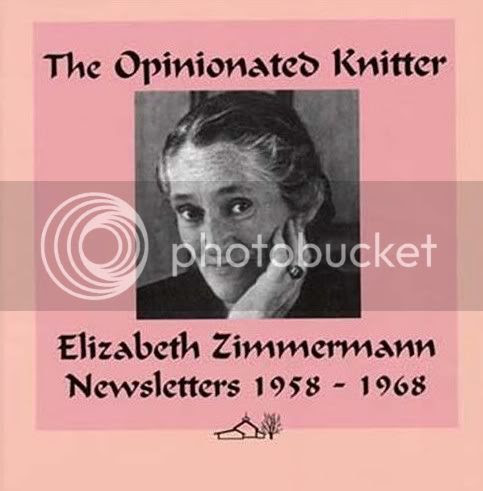 It's a really lovely book, with little stories along the way, and exact copies of the original newsletters. I read it from cover to cover, and cried a little bit at the final newsletter Meg Swansen wrote about the death of her mother. I've only made a couple of the patterns from this book (the afore-mentioned BSJ and matching Bootees), but I think that in honour of EZ's birthday, I'll cast on another project in the near future, perhaps the Nether Garments (some pretty fancy leggings).

I'll leave you with this quote, shamelessly stolen from LadyRadagast and the Celebrating 100 years of Elizabeth Zimmermann discussion on Ravelry:

“All you need to become a good knitter are wool, needles, hands, & slightly below-average intelligence. Of course superior intelligence, such as yours & mine, is an advantage.” -Elizabeth Zimmermann
Posted by Unknown on 8/09/2010 08:01:00 PM 0 comments

It's interesting where the internet will take you... I started out today wanting to write a blog entry about a picture I took of what I thought to be belladona, or deadly nightshade, growing in a hedge on campus, and then to talk about how cool belladonna is. 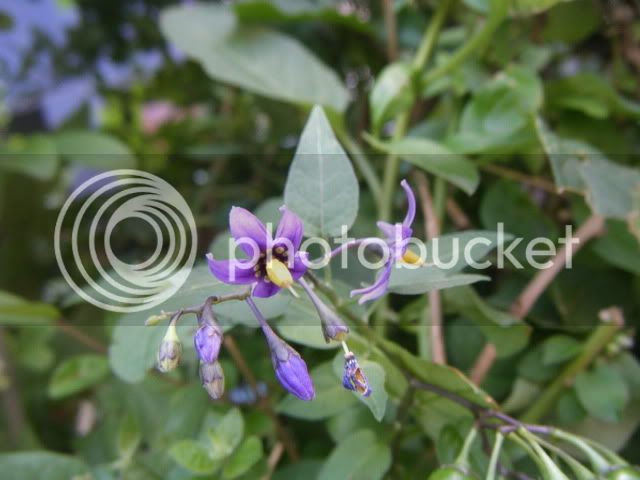 However, I looked at my pictures, and then at the entry for Deadly Nightshade (a.k.a. Atropa Belladonna) on Wikipedia, and the flowers and the berries look a little bit different than this poisonous plant. 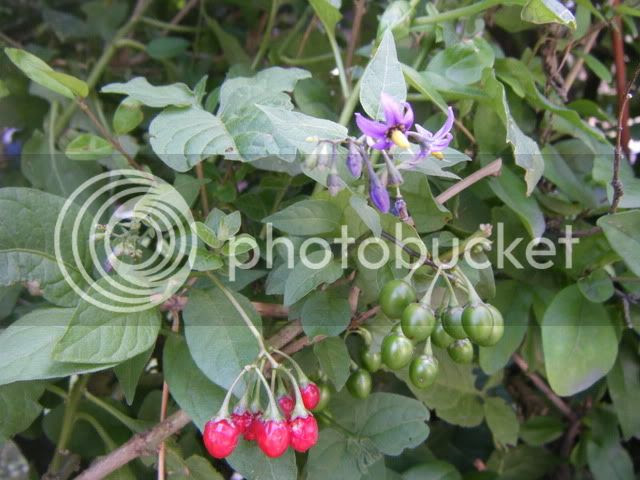 It turns out that this plant is actually Bittersweet Nightshade (a.k.a. Solanum Dulcamara), which is in the same family as belladonna, but not nearly as poisonous. I still wouldn't eat it. In fact, it's an invasive plant in this area, so I should probably have ripped it out, but the berries and flowers are so cute! Of course, I had to read about it on wikipedia for another half-hour...

Anyway, I have a few reasons to be interested in nightshade, one of which is that the Deadly Nightshade sleeves I knit a couple of months ago are based on that plant. Another is that nightshade is in the same family as tomatoes, potatoes, peppers, and eggplants. The main toxin in bittersweet nightshade is solanine, which is present in small amounts in all of these, I think, especially potatoes that have been exposed to light for too long.

I'm fairly allergic to eggplants. When I eat enough of them, I get a stomach ache and a sore throat, and it feels like my airways are closing up, which, according to ehow, means I should go to the emergency room when I have a reaction. I'm not sure if it's the solanine in eggplant that makes me sick, but I've never had any problems with other members of the Solanum genus.

So this lead me to research eggplant allergies, which are apparently very rare, and this lead me to this article talking about a study performed in India on a guy who was allergic to eggplant... and then I got bored, played Mah Jong for a while and fell asleep.
Posted by Unknown on 8/07/2010 09:55:00 AM 3 comments

Last week, I went to my first Stitch 'n Pitch. To those of you unfamiliar with the concept, this is where a bunch of knitters (and crocheters, I suppose, though I didn't see any there) go to a baseball game and knit. And watch the game... sorta. I went with a few of my knitting group friends, and it ended up being a lot of fun, even though I don't have a lot of interest in baseball. The Toronto Blue Jays played the Baltimore Orioles and won 8 to 2.

Here we are in the crowd (I'm in the middle of the third row with the light purple t-shirt):

It wasn't very full besides the knitters... 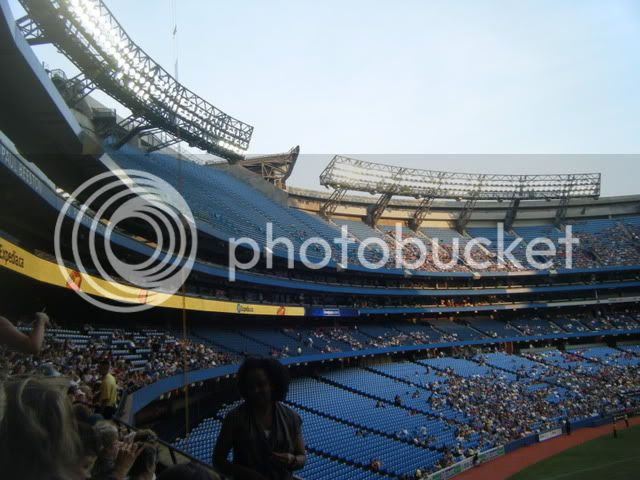 But we did have very good seats. 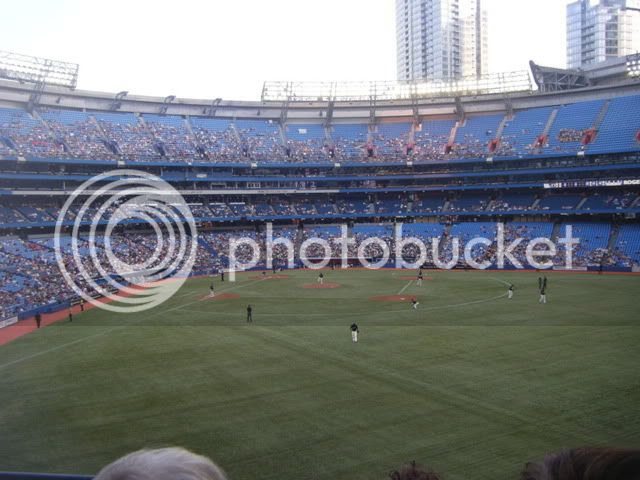 And got a lot of knitting done (that's E's fish hat). 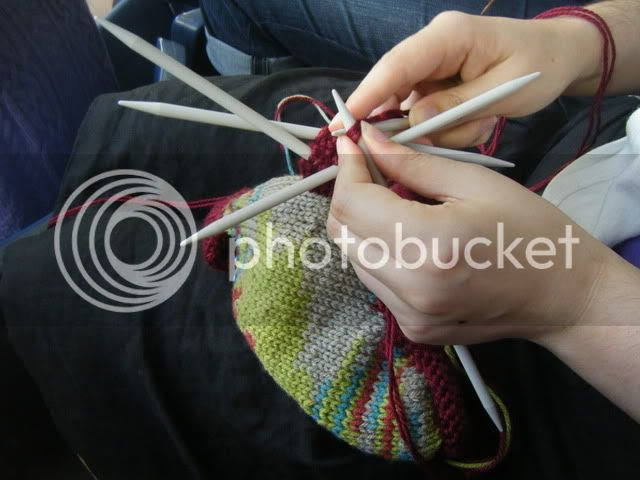 I worked a bit on the second sleeve of my cabled sweater (almost done! almost done!), and started a pretty lacy scarf using that beautiful skein of Dye-Version bamboo sport I got at the Purple purl ages ago. It's the Twin-Leaf Beaded Scarf pattern by Jeanne Giles, and I have to admit that knitting with beads is pretty annoying at first, but really cool once you get used to it. 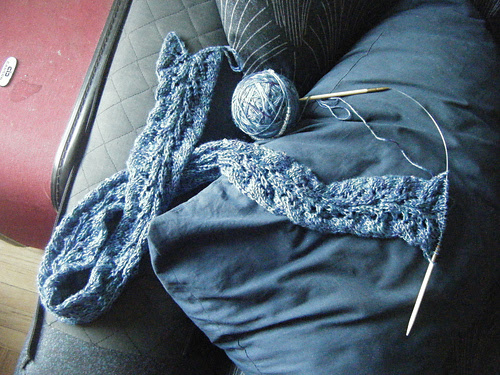 I have some more knitted baby stuff to post, but I think it'll have to wait until after I've given them to the intended recipients so as not to spoil the surprise.
Posted by Unknown on 8/05/2010 12:33:00 PM 0 comments

I believe I am experiencing what they call the post-qual slump (as extensively documented by PhD comics). I have come to this conclusion because all I have been able to do over the last few days is read blogs (Hyperbole and a half is super rad) and pop bubble wrap, sometimes with my toes because I'm too lazy to actually hold the bubble wrap. Wow... I'm sad. 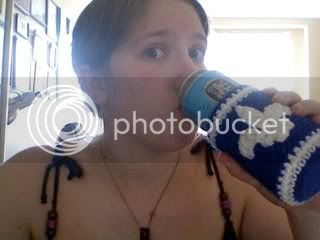