Project monogamy? No thanks! I'm still working on the boyfriend's first sock, but of course, I can't just work on that, I have to start a million other things. Fortunately, I was able to finish both the laptop case and the wedding present pot holders on time, and when I got back from my trip, I started a few million other things, since those socks were all I was working on at that point. At any rate, it keeps me interested.

The laptop case turned out quite nicely. It's fully lined with velcro fasteners, and fits my dad's brand new 17" MacBook Pro perfectly. Dad was pretty happy with it. 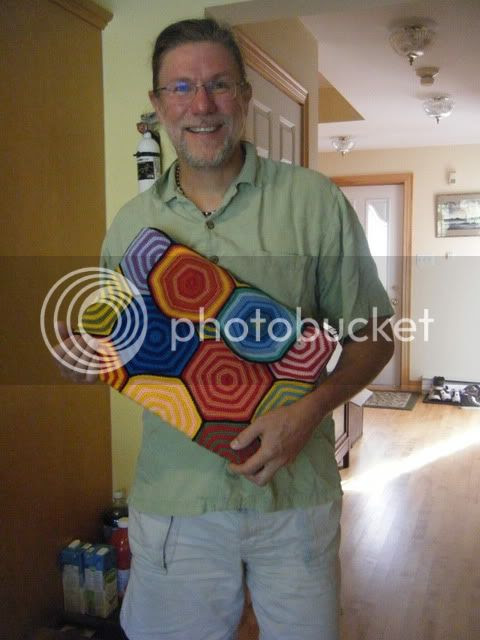 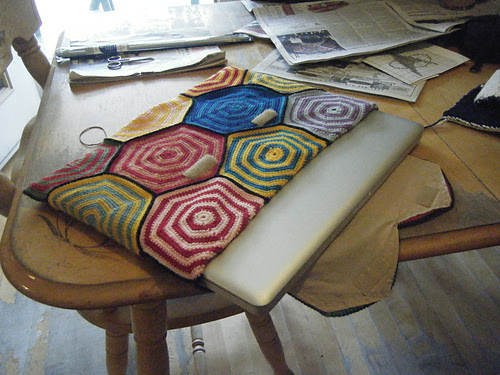 The pot holders turned out pretty well too. I ended up just doing a simple single crochet border, and that looked pretty good. I thought it might be hilarious to make a frilly edging, but I got lazy (and I wasn't sure if I had enough yarn left). I'll post a pattern soon, hopefully. Take a look at the nerdy goodness! 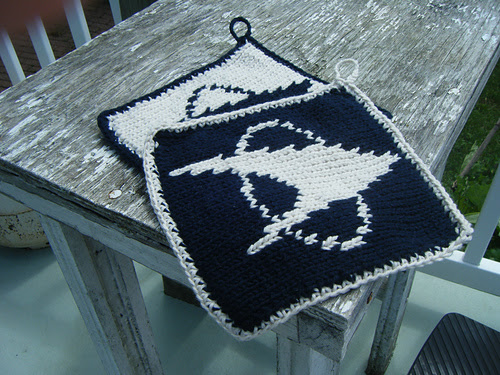 I'm not sure yet how much the bride and groom liked them, since they're honeymooning in Italy right now. *Sigh* I want to go to Italy... Anyway, with the leftover yarn, I was able to make a dishcloth. I used a chart for an illusion dragonfly design, and it turned out pretty good. 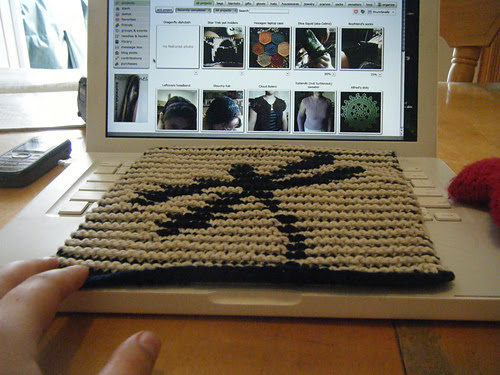 Anyway, when I got back, I almost immediately started an amigurumi Strong Bad (of Homestar Runner fame), which is totally awesome, and I only have to sew on the face at this point. I also started a pink and black striped scarf in a simple 1x1 ribbing pattern. It's simple and mindless, but that's good sometimes too. I wanted to use up the yarn that I had given Savta, but which she afterwards gave back to me because she was finding it too hard to knit with her vision problems. Sigh! Anyway, it'll be one of those in-front-of-the-TV projects for when I need to unwind and de-stress. I've also almost finished my Skylla; I just need to make the lining. It's pretty awesome too.