Strong Bad is the hero (or anti-hero) of the Strong Bad Emails created by the geniuses at HomestarRunner.com. His cartoon has been around since before I started university (in 2005), and I remember watching them in CEGEP (starting in 2003), so I'm not really sure when they started, but they're still being made, so that's awesome (times eleventy billion).

Anyway, I found a pattern for the masked mayhem maker (I just like alliterations) by Aleta Fera here, and just had to make it, since Strong Bad had such a strong influence on my formative early adulthood (especially the Trogdor episode).

So here's my version! 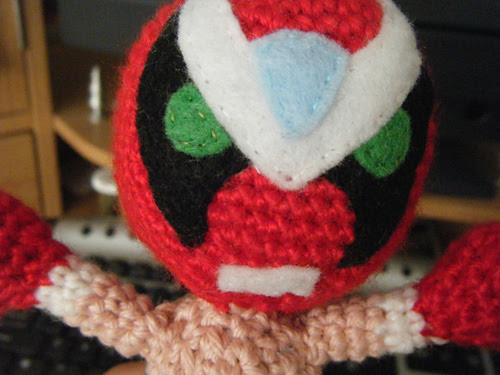 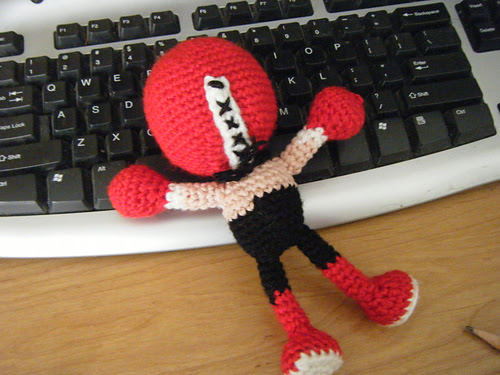 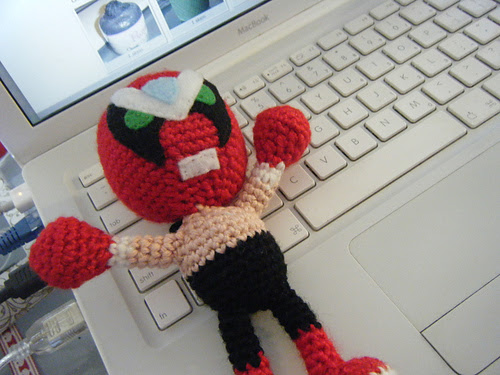 He tried answering my emails, but passed out because there are too many. 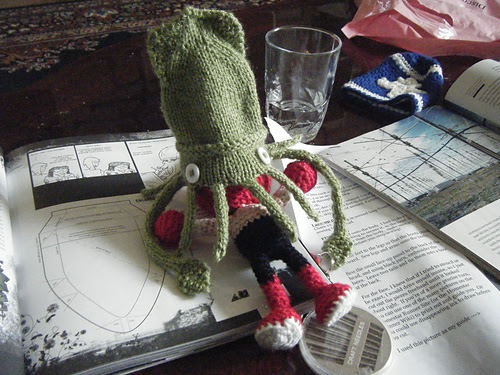