One of the many blogs I read, Cthulhu Crochet and Cousins, was recently updated after a long hiatus, and it made me realize that I'd never posted the pictures of the Cthulhus I made on that trip to QC I made way back in June. So, without further ado, here's Cthulhu!

The first one I made in the car between Toronto and Montreal (and thus it took me less than 5 hours to make). I was going to give it to my friend Stevie, but the girl we were staying with liked it so much that I gave it to her instead. Here it is sucking her cat's brains out: 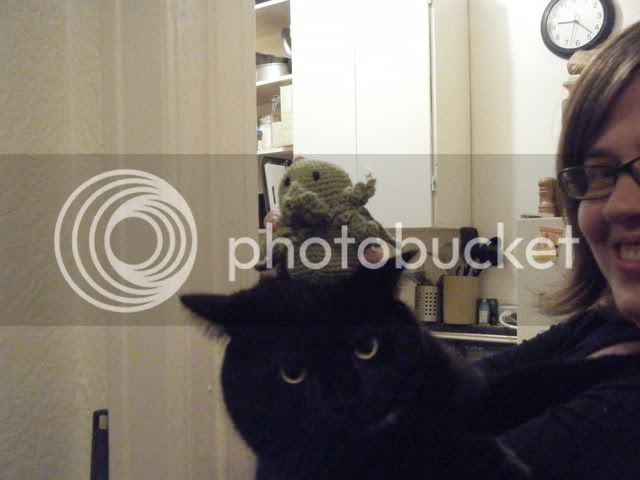 And a close-up or two or three: 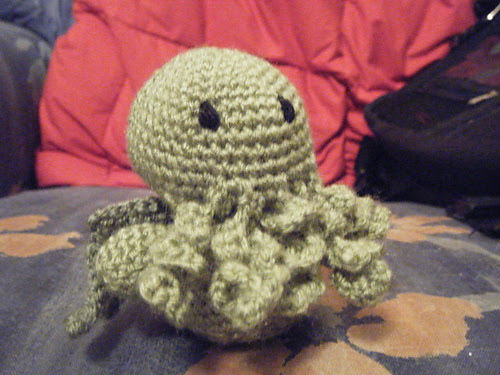 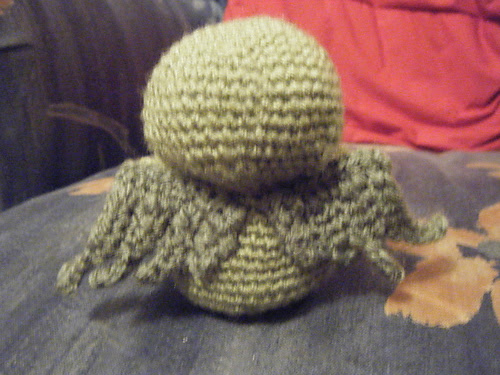 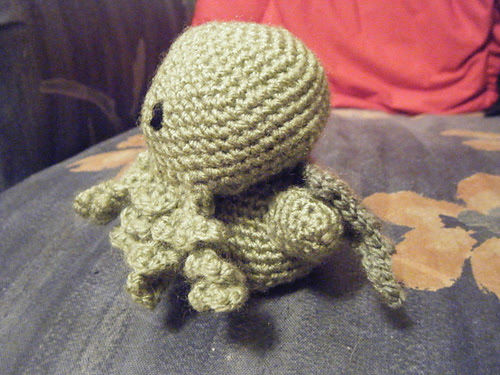 The second, I made in L-ville while visiting my parents, and this one actually did make it to Stevie. It tried to eat him too: 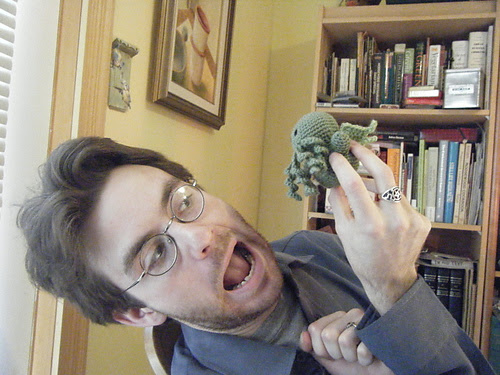 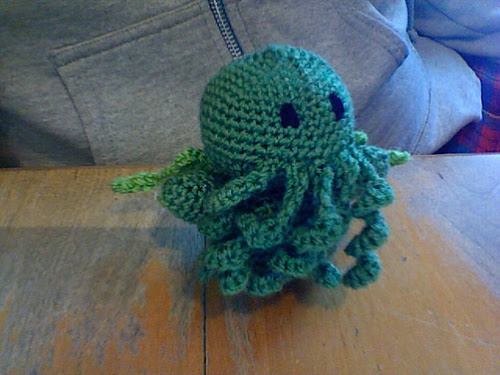 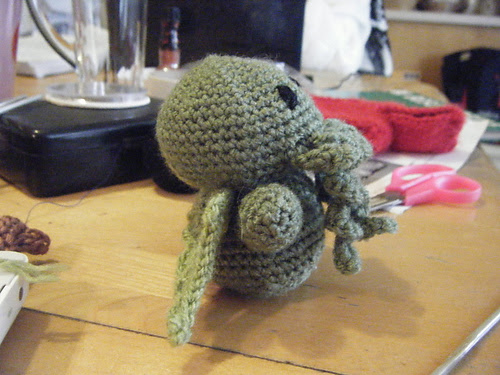 The extra long tentacles on that one are kind of funky, but I think I like it. Anyway, sorry about the oversight. I'd say it'll never happen again, but it probably will!
Posted by Unknown on 8/18/2009 08:43:00 AM